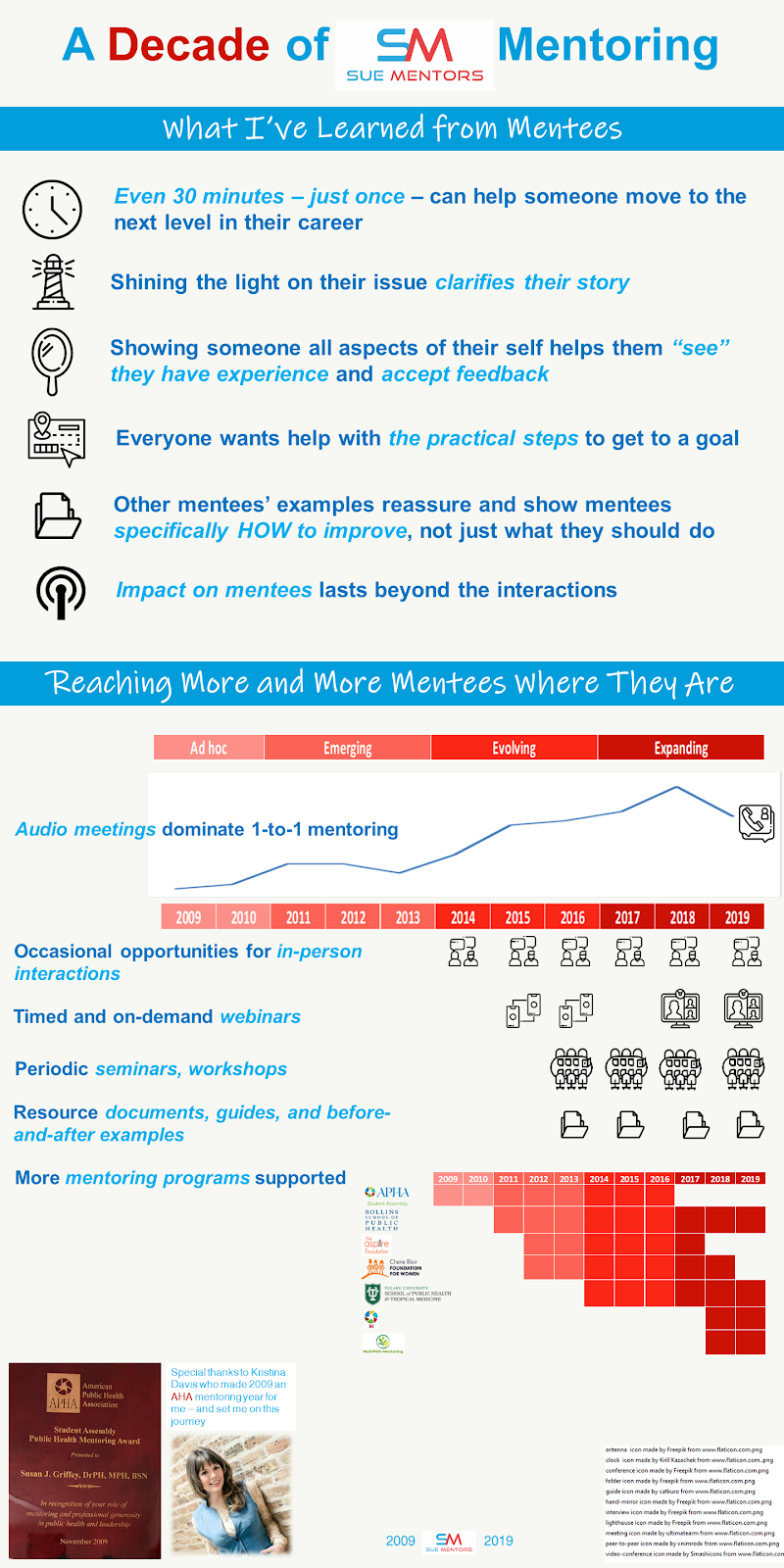 October 17, 2017
Another feature of this blog is bringing you advice and perspectives from people who mentor, by answering 3 questions. Here are  Barbara Rawlins ’  responses: What are mentees looking for? ·  Career guidance ·  Technical advice ·  Moral support ·  Advice on how to negotiate politically-sensitive or controversial situation What 1 piece of advice do you give every mentee you work with? Figure out what they want to do (in the long term) and what steps they can take to get there Why are you interested in mentoring? To support younger colleagues, especially women, to help attain their career goals
21 comments
Read more